PRiME explains its research to the general public

Explaining advanced electronics/computer science research to the general public can be challenging! However, an important part of PRiME’s remit is to explain to a wider audience what our publicly funded research is trying to achieve and how the research is progressing.

To do this effectively, especially to an audience of mainly late primary/early secondary age children, requires careful thought about how to focus down onto a specific, manageable aspect of the research and then consider the best ways of making this understandable (and interesting) to the target audience.

Hence, congratulations are due to our talented PRiME researchers who managed to do this when taking part in the University of Southampton’s annual Science & Engineering Day on Saturday 18th March. PRiME had two adjacent activity stalls: 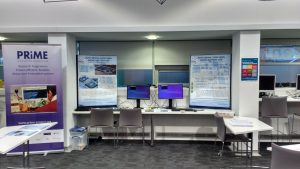 The calm before the storm! PRiME’s two outreach activities as set-up at the start of the day.

The activity on the left was called “Same phone, same apps, more battery life“. This used a newly developed PRiME demonstrator board which allows users to monitor and set the frequencies of 4 embedded processor cores and observe effects on e.g. power consumption (shown as “battery remaining” for this activity).

The activity challenged users to change the processor frequency during video decoding to see if they could achieve the lowest power while still playing the video smoothly. This was then compared with a PRiME automatic run-time management algorithm which uses machine learning to optimise the operating conditions for lowest power. The key messages from this activity were that progress in embedded processors means mobile phones can become more powerful in the future – but, this still needs to be balanced by low power consumption (and hence good battery life) and how run-time software algorithms (like those developed by PRiME) can learn the best ways to run apps to achieve low power.

The second activity was called “Maths on the move – how to land safely with Rodin Maths“, and was a continuation of the very successful outreach activities previously held at the 2016 Science & Engineering Day and the Farnborough International Airshow. The participants’ challenge was to define rules to ensure that planes could land safely on the runway and move to a safe parking zone. This was done using simple rule definitions on paper, which were then transferred to Rodin formal models on computers to see whether the rules worked and planes landed and moved safely without crashing! It’s an excellent, practical example of how maths is used in the context of formal modelling for safety critical systems.

Feedback from participants on both activities was excellent across a good age group. Many thanks to the wider teams involved, but especially to Asieh Salehi, Domenico Balsamo, Amit Singh, Karunakar Reddy and Sumit Aggarwal. 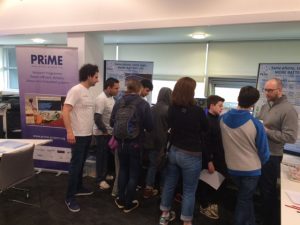 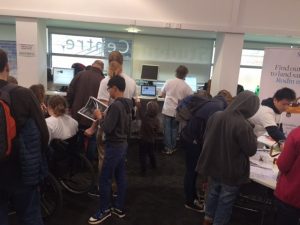 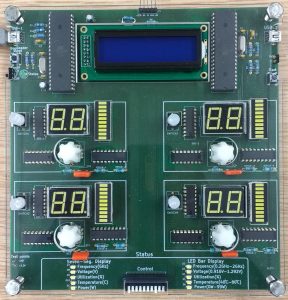