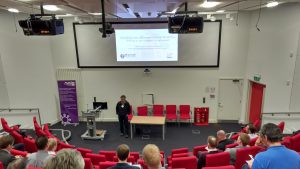 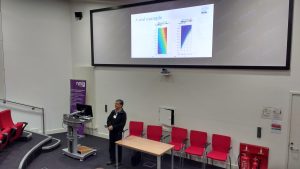 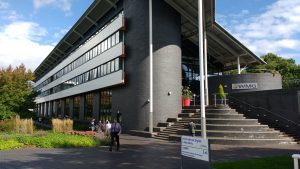 The event addressed the increasingly widespread use of high performance digital systems in a diverse range of applications, including Future Autonomous Vehicles, Artificial Intelligence, Machine Learning, High Performance Computing, etc. One common conflicting requirement for these applications is the need for increased processing capability, along with a reduced power budget. Addressing these issues demands a systematic approach at the architectural level and the best choice of implementation technologies, such as CPU, GPU, FPGA or SoC.

PRiME researcher Dr. Fei Xia of Newcastle University gave an invited talk on “Parallelization and non-functional  properties leading to the concept of real-power”. Fei’s talk centred around PRiME’s theme 1 research on the trade-offs between performance, energy and reliability in the context of many-cored systems and the development of new models and modelling methods. Fei’s talk was well received by the attendees – mainly representatives from industry, but also some academic – and led to some interesting subsequent discussions.